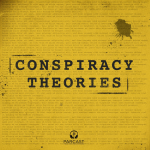 When a major earthquake hit the Caribbean in 2010, conspiracy theorists started studying the skies—noting peculiar low-frequency wavelengths. Between environmental catastrophes, a failed NASA mission, and government mind control technologies, HAARP's weather-modifying apparatus has been blamed for altering far more than just the weather.