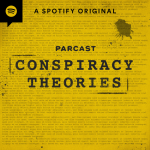 In 1886, an Atlanta-area pharmacist created an American institution: Coca-Cola. Seven years later, their rival, Pepsi, debuted. Since then, the soda giants have battled for market dominance. How far would they go to come out on top? Learn more about your ad choices. Visit megaphone.fm/adchoices